The WordPress Ape Gallery plugin (6,000+ active installations) fixed a vulnerability in version 2.0.6 and below that could allow an authenticated user to deactivate any plugins on the blog.

In the “gallery-images-ape/libs/modules/setup/setup.class.php” script, the plugin loads the ape_gallery_setup function via the WordPress AJAX API:

It passes the $_POST['plugin'] user input to the WordPress deactivate_plugins function without checking the user capabilities, hence allowing an authenticated user such as a subscriber to deactivate any plugins on the blog.

Update as soon as possible if you have version 2.0.6 or below installed.
If you are using our web application firewall for WordPress, NinjaFirewall WP Edition (free) and NinjaFirewall WP+ Edition (premium), you are protected against this vulnerability.

Stay informed about the latest vulnerabilities in WordPress plugins and themes: @nintechnet 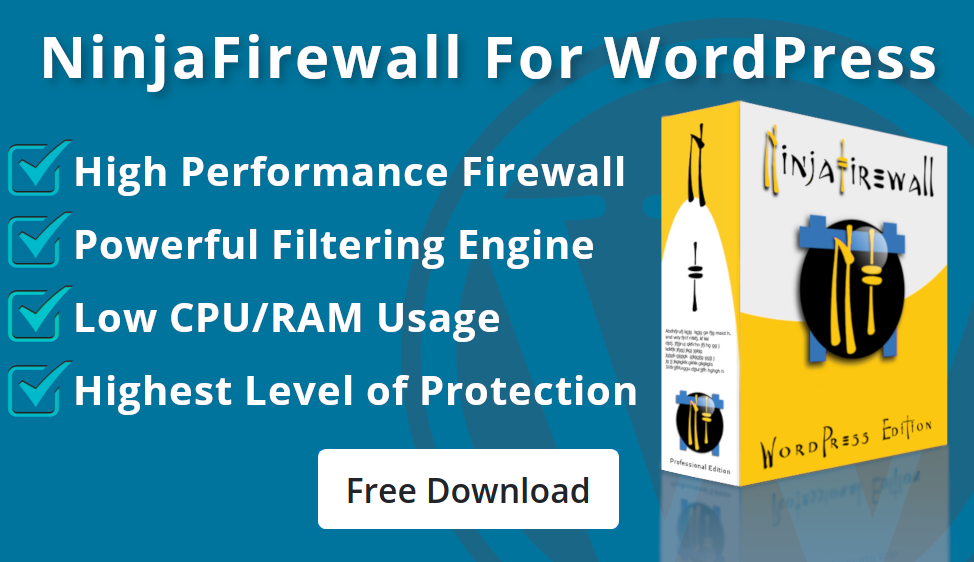 Our incident response team will help you clean up your hacked website and will ensure it gets safely and promptly back online.